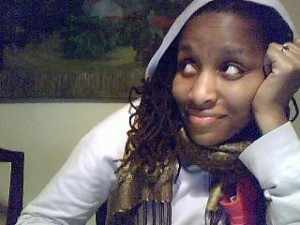 As you know, I’ve spent the past three weeks preparing and raising money to shoot a short film, Suspense.  What started out as “my little film exercise” has quickly morphed into something a lot larger – and we haven’t even shot the film yet! I’m both honored and humbled by the overwhelming outpour of support and encouragement we’ve received thus far. Every email (and I do read them all!) every comment, every penny and thumbs up makes a world of difference so THANK YOU for being a part of that.

Aside from believing deeply in the power that film has to transform and affirm – especially IN Africa, BY and ABOUT Africa – I also believe in the importance of Africans stating our own opinions on us. We all know what various parts of the world think about Africa/ns; Politicians and news pundits take up a lot of airtime and usually have skewed agendas anyways. It’s time that we use this media to state our own opinions. WHAT DO AFRICANS THINK ABOUT AFRICA/NS??

As we come to the last few days of our campaign, I ask that you consider donating as little as $10 to help us get our film made. Everyone working on this project is coming together out of love and goodwill, eager to make a film that has substance and represents truth, and the smallest contribution would help us tremendously. There are several fun VIP perks available for all contributors so follow the link and check us out! http://www.indiegogo.com/Suspense?a=43340&i=shlk

If that is not within your budget, I ask that you spread the word to your family and friends about us and what we’re doing. Post us on your Facebook, Twitter and Blogs. Call your friends or send emails. Help us get the word out to people who may be interested (and hopefully excited!) about what we’re working on.

The beauty (and challenge) of film is that it needs an entire team to get a film made, and every single person’s job and contribution is specialized, thus imperative. We can’t make a film without a director or photographer, and similarly we need the PA who sets up and clears afterwards and the driver who gets the weary artists home at the end of the 16 hour day. Films need teams, and we’d love for you (and your friends!) to be on ours. LET’S MAKE A MOVIE TOGETHER!