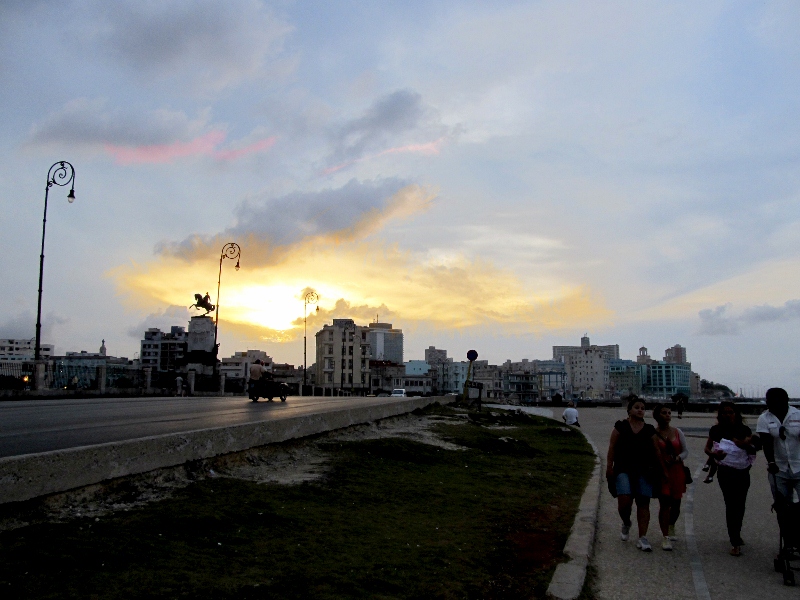 Loving Common right now, who knew I was missing out so much? But all in its time. I listened to Common’s song “Assatta” and felt so fortunate and inspired seeing as she lives here. I need to figure out how to meet her, I’d love love love to. How does one prepare to meet someone like that? I don’t want anything from her, just want to make a connection and meet with her, get to know her, etc. if I could. What a dream would that be!

Lots of thoughts today, learning about Cuban art really energizes me. This is a Developing country ya’ll. Plain and Simple. There are lots of relics from the past, lots of history that brings all sorts of luggage with it, but it’s a developing country. And to see what they’ve been able to accomplish is really quite…amazing. I mean, REALLY. First off, everyone MUST watch Cuba: Un Odyssey Africaine by Jihan el-Tahiri about Cuba’s involvement in liberation wars in Africa. Not just Angola (though that is unbelievable considering that ended at the time when Cuba was in the special period, going through their toughest and one of the most traumatizing periods ever in their history). At the end of the documentary it shows the Cuban service-people returning from Africa and they said, “The only thing we wanted to leave Africa with were the remains of our fallen comrades. Not the oil or resources that everyone else took. We’re not colonizers.” Amazing. They needed that oil and shit. BADLY. They didn’t take it. And none of us know about Cuba in Africa. Most Cubans don’t even know about Cuba in Africa (not the full extent at least.) Unbelievable.

Anyway, as I listen to all this information about Cuba’s art history, going to the museums, the opera, the ballet, Afro-Cuban dance etc. I think about how lacking we are in Africa regarding knowledge of our own art history. We have tourist art, we study cubism and surrealism in Europe, etc. but we don’t study our own art. There isn’t a study of that. We don’t study or have access to information about the art, what the conditions were and what the artists were saying at the time. The CONTEXT of the art. We NEED that. We NEED art to understand ourselves. That’s a human need. Not a fancy thing for rich people to do, its for all of us. People were dialoging in this art, they were exchanging ideologies, heavy shit too. There are too few of us and we’re not supported by our own. That needs to change. That NEEDS to change. I’m on it.

Helmo spoke about the effects that the economy of slavery has had on Cuban culture and paradigm, and I thought, that’s true of the entire Western region, America specifically. There’s a minority of people who constantly point this out, but the fact that there is no acknowledgement given to the enormous impact that the ECONOMY of slavery has had on the world is a MAJOR omission because it shapes everything about EVERYTHING in Western culture. The paradigm of colonialism, of domination, of being [R]ight, and of being White. How can that NOT affect the very blood in your veins? It’s the way the entire occidental region has been socialized for centuries. The riches, wealth, prosperity, wellbeing and what is considered NORM (in any situation) is all shaped by this fact. That the Western world was – and still is – built by the blood, sweat, tears and sex of Black, African people. What kind of world would we live in if more people understood and acknowledged that? All people, not just Western people. If there were a clear acknowledgment and understanding of whose energy we live off of, where the power is coming from here.

I grew up in a system where my parents and grandparents had their land and livelihood hijacked and then sold back to them in European currency. The only way to attain European currency to buy back what was already yours was to work for a European King or Queen. In order to work for the King or Queen, you had to have his/her education from his/her missionary schools. In order to go to his/her missionary schools you had to take his/her religion and study the information that s/he recommended that had no reflection to YOU….you were completely written out of the history altogether, and your history, culture and religion was made subversive and dangerous. And then the best students were made rulers of the land that you bought back from the land-grabbers with their loan, which we will all be paying back for the next century at least, forever held ransom. Hm.

Need to talk about bodies next.