Living as a Cuban 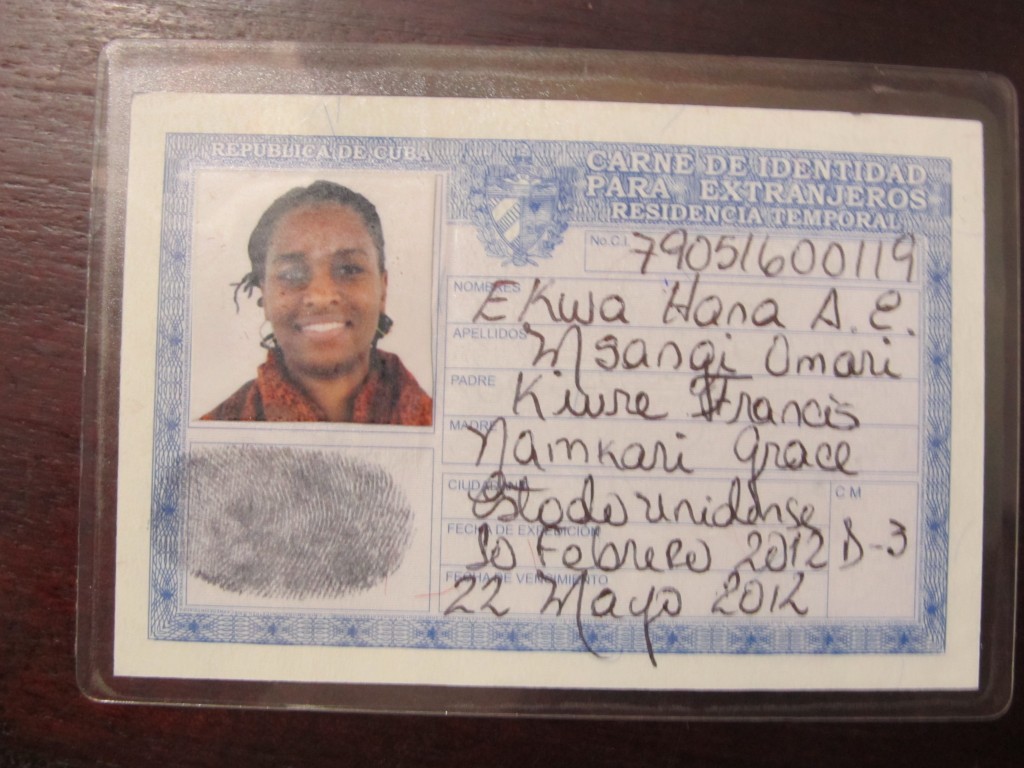 Such an ungodly hour to be awake but I wanted to be up early to make sure I did some journaling today. Had big plans to go to a jazz show last night but woke up with the worst raging headache one could ever imagine so that didn’t happen at all. I spent the whole afternoon in bed, and even after taking two Imodium after dinner (we had fabulous paella) I still couldn’t get rid of it. Pretty awful. The Santeria goddess Oshun is known here as La Vergen de la Caridad de Cobre, and the color used to honor her is copper…or some sort of yellow/gold. I want to go to a Santeria session this Sunday, but I’m going to have to work on my Spanish a little more and just follow some people on my own to find this shit. Its not working to just rely on the Ludwig people, I need to start making my own friends. Also want to be around the students a lot less. They’re all really sweet but I don’t think it’s good that we be too chummy. Might confuse things later…for me at least. Make it harder to keep that student/prof boundary when it comes to deadlines, etc. (I’m mad that I felt pressure to explain that in detail and that I gave into the pressure.)

I keep having the thought of needing to have someone from the states bring me xyz items when they come and I’m resisting that urge. As Helmo says, we must learn to live like how Cubans do…survive without the luxuries, improvise, make do, make better. We won’t always have everything we want to make our lives super easy so we must learn to make do. I’m working on it and so far I think I’m doing alright. Whenever the feeling comes up I just let it go. I could really use some hair grease though. Gotta find me some Black women and figure out how they do it.