EXCLUSIVE: Netflix has picked up African rights to Farewell Amor, Tanzanian writer-director Ekwa Msangi’s feature debut that was well received at Sundance this year. The pact will see Netflix carry the movie across the entirety of the African continent, releasing...

Sundance Winner ‘Farewell Amor’ to Bow on Mubi in December

IFC Films has nabbed North American rights to “Farewell Amor,” the story of Angolan immigrants making a life for themselves in New York City, Variety has learned. The film received critical acclaim when it premiered at this year’s Sundance Film Festival. It is written...

#TelltheTruthHollywood: An Open Letter to Hollywood in the Time of #BlackLivesMatter

The past few weeks...months...have been a true test of everything. The highs of finally releasing our film to so much love and adulation, doing a victory lap in LA, rubbing shoulders and getting all the thumbs up, leaving town to take a breather and reflect and then... 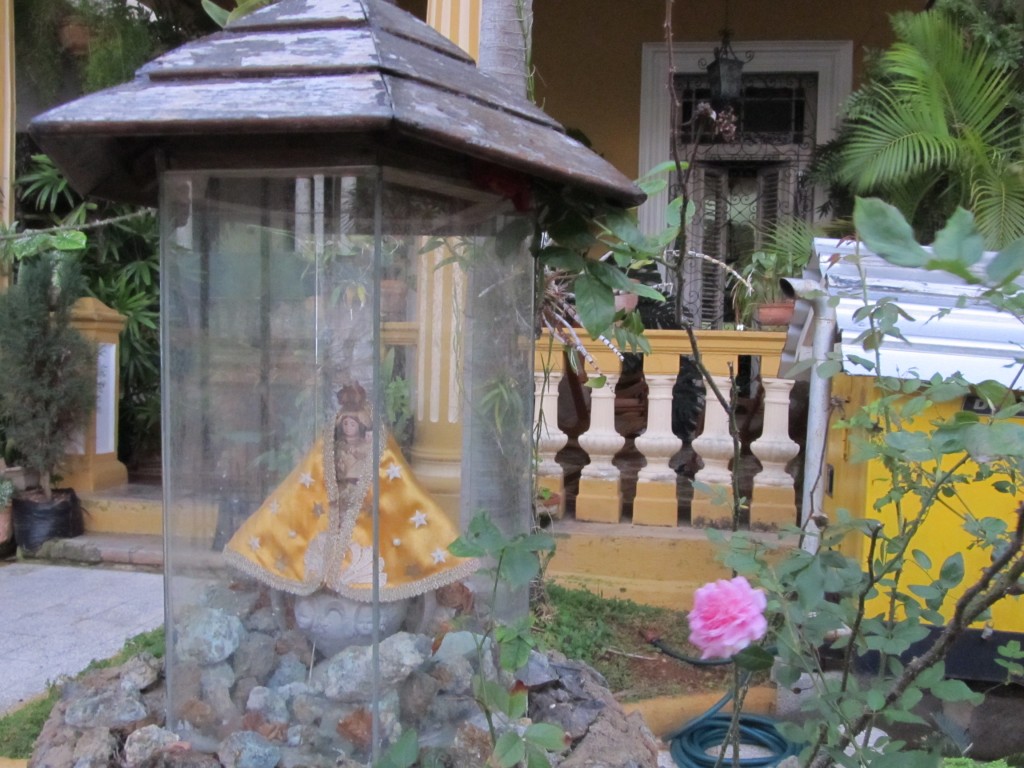 Okay, so now you know what you’re dealing with, let’s move forward shall we?

So much has happened in the past month (no shit!) its hard to know where to start really. How about I start with yesterday: I went to my first Santeria ceremony! A friend of mine was receiving her Orisha so I went for moral support and also because I requested a consultation of my own. I’ll just say now, I didn’t take any pictures so you’ll just have to take my word for it.

So the ceremony was to start at 10am but we didn’t really get going until 12:30pm or so. There were 5 Babalawos present (including the padrino), but aside from the padrino who was the most charming, elderly man I’ve met yet, the other four looked like…regular dudes. Just 4 bros from the hood, wearing jeans, sneakers, wife beaters, bling, shades. Could’ve been the guy yelling mamacita on the corner. But of course they conducted the entire 6 hour ceremony in full [500 year old] Yoruba and consulted us afterwards in Spanish. It was a casual yet serious ritual, cell phones blaring from time to time (they didn’t answer though), chatter in between when debating on what a particular mark/symbol meant. Each Babalawo had his role in the ceremony. There was the lead guy (who apparently is 29 years old and has been studying since he was 6). He led the ceremony and incantations, and the others responded and assisted. Then afterwards when translating the symbols formed during the ceremony, each Babalawo interpreted a specific segment: overall wellbeing and spiritual health, physical health, relationship with family and friends, and anything else outstanding.

I was fascinated by the age and demeanor of the Babalawos. I’d always imaged religious leaders of such an old and steeped religion would be older, grey, half blind, scary-looking men without teeth. That’s what they show in movies right? Nope. The lead Babalawo had a loud Yoruba-singing ring tone on his Nokia cellphone, but also had a Maxim model (the centerfold girls with the butts) as his screen saver. None of these guys were older than 30, I imagine they all have different worldly hustles to get by, probably girlfriends or baby-mamas…two of them had their Orisha’s beads on, but the other two had gold chains and regular bling. Sagging shorts, Nike sneakers, “designer” boxers sticking out. Not quite the conservative picture I’d imagined of young “men of the cloth.” Clearly this is a different type of cloth that we’re dealing with.

They were all spot on though with their ability to see. Not the stereotypically obvious, “you seem to be a Black female” reading but really specific warnings and advice regarding current and future health problems, family issues, specific fears that I have that I’ve barely discussed with my partner let alone anyone else…those shells don’t lie.

The lead Babalawo was very excited to know that I’d been to Nigeria, asked if it was beautiful there and if everyone practices Ifé. I told him it was complicated. We’ve had lots of colonial interferences which makes such practices harder to notice…at least for a novice Nigerian visitor like myself. I wasn’t able to explain in my shaky Spanish that my two weeks of experiencing Nigeria was mostly from an armored vehicle or a 2-star hotel in Abuja, most of the people I met were either Christian or Muslim, and with the economy and corruption being what it is, most of the drive seemed to be about making money or seeming like one was making money. I settled with just saying that Nigeria is complicated but that I enjoyed my visit.

The padrino asked me later how I felt about my reading about the religion in general. It was hard to explain more than, “very nice” and “very interesting.” That doesn’t even begin to explain it really, it’s more than just ‘nice.’ I haven’t figured out the words to use but nice is rather shallow. Profound? Amazing that it’s such a vibrant, living religion that even young people are able to embrace, lead and participate in without becoming someone else. I mean, I’m sure they have all sorts of values that would set them apart from others, but they don’t carry themselves separately from the flock. Nothing about the religion seemed separate really. It’s not like life stopped for 6 hours. Neighbors came by to borrow sugar, the lady of the house received phone calls and caught up with a friend or two, the dog came out to play during one of the breaks, the Babalawos went for a walk to stretch and return calls, the padrino served us all food and drinks, and while they consulted us they passed around the rum and sent someone for more ice. A living religion.