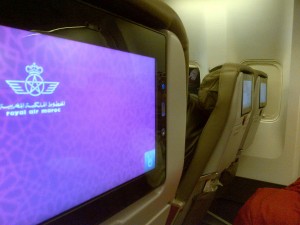 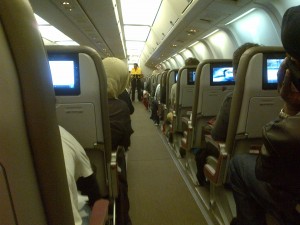 So I’m writing from my corner of the Royal Maroc Airline on my way to Tazama African Women’s Film Festival in Congo Brazzaville (not to be confused with the more commonly known and referred to, Congo Kinshasa, the country previously known as Zaire.) This is my first time travelling to the heart of Africa and I truly don’t know what to expect. Or rather, I’m a little embarrassed to say what it is that I do expect based on no information whatsoever. Here’s my list:

You know, apparently a lot of the liberation movements from the early 1960s met and planned from Brazzaville, from what I’ve heard it was a bit of a hub for that part of the continent. Its such a shame that the country is hardly mentioned anywhere these days…or maybe it’s a good thing considering the most ‘mentioned’ countries tend to be mentioned for non-positive reasons.

A number of friends have been concerned about my safety while there. Is it strange that that has never even crossed my mind before? For any country that I’ve visited in the past few years? (Interestingly, all have had some sort of political something happening at the time that I’ve visited. Hm.) I can’t tell if being unconcerned is more or less a sign of “foreign-ness.”

Okay so this isn’t the most succinct blog ever. Its been a while since I’ve had much to share on here.  Shit’s been hectic. But the relunctant blogger has returned! I plan to say A LOT about my travels this year so stay tuned!